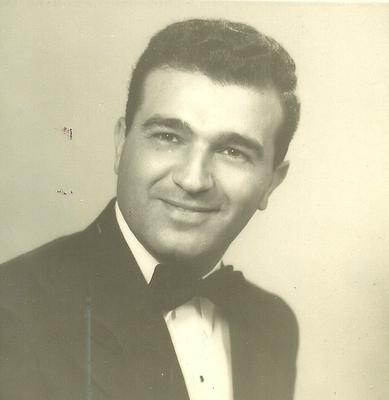 In the South we have a tradition, a tradition not well understood in much of the rest of the country. Most of us who are dyed-in-the-wool Southerners grew up with more uncles than those we are 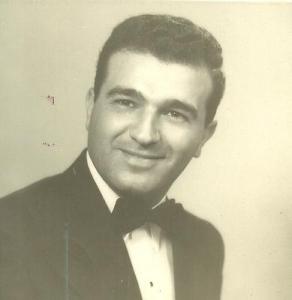 actually related to. As for myself, even at 41 years of age, I still have quite a few.

I was deeply saddened to learn that one of those “uncles,” a very dear family friend, passed away on Saturday, March 14. George Imbragulio, a man I affectionately called “Uncle George,” was a lifetime resident of Ellisville and a retired professor of music at the University of Southern Mississippi.

The Imbragulios emigrated from Sicily. Uncle George’s father, Sam, ran a local store on Front Street in Ellisville, a building that no longer stands. And with that business the Imbragulios prospered, even in South Mississippi. They got along great with their neighbors and remained valued members of the community.

I was fortunate to live on Court Street right next to my great-grandparents, who were friends and neighbors of Uncle George. That’s how I knew him. And Uncle George was a man of a great many talents.

He graduated from Jones County Junior College and received BMUS and MMUS degrees from Michigan State University, where he studied with Ernst Victor Wolff, he also studied with Claudio Arrau and Rudolf Firkusky.

He was on the music faculty at USM for over 30 years where he taught and mentored a host of young piano students.

A brilliant pianist, he played concerts throughout the southeast. He was a recipient of a Fulbright Scholarship for a year’s study in Rome, Italy. Also he was a judge for the Piano Guild of America. He served in the US Army during WWII as a chaplain’s assistant. He saw service in China and India.

He was also a fine writer who authored a novel, Miss Etta’s Arkansas Spring. He personalized an autograph copy for me, which sits in a place of honor on a special shelf in my library. 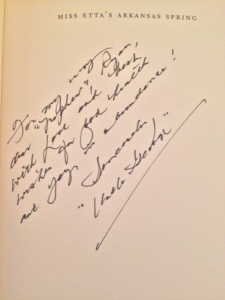 And unbeknownst to all but his closest friends, he was a magnificent chef who made the best Sicilian dishes you can imagine. I still recall with great pleasure his lasagna. But, in typical Sicilian custom, he would never part with his family recipe.

Uncle George was a man of extraordinary character and goodness. I never saw him angry, even when us kids played on his porch or his backyard. One would be hard pressed to find a kinder, gentler soul anywhere on Earth.

Those of us who knew him can mourn his passing, for we have lost a dear friend. And Mississippi lost a valued and accomplished son.

With his passing, our world became just a bit darker. But Heaven is now a bit brighter.